timmy! had some guys over at his house recently to play a game of Kevin and Doug's Platoon Commander ruleset. They are currently in the process of developing them which sounds fun and challenging.

I was only able to swing by as the game was winding down, so I took a couple pics, enjoyed the post game discussion, and took a look at some of the 15mm buildings timmy! recently bought from Crescent Root  http://www.crescent-root.com/15mm_index.htm.


They played a Guadalcanal game with 3 companies of Marines trying to take a ridge being held by ? number of Japanese. I believe Doug told me the figures were 25mm. They said it was a draw, but even the Marine commanders were questioning whether or not they had even done that well.

They're still making a few tweaks to the rules (does it ever end?). I wish them luck in this endeavor.

The buildings were very detailed. One thing that I wish I could do with the 6mm guys is put them in the buildings - tough to do at this scale. They felt lighter than normal resin. However, he says they are less expensive so it must be a tad different kind of resin. Can't wait to see them painted. The coolest building is the large church. 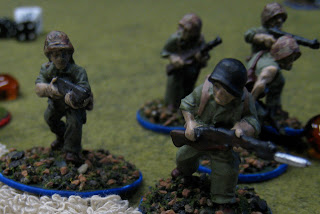 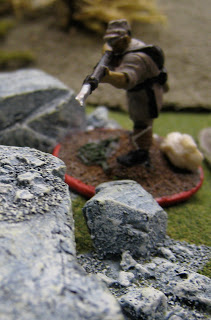 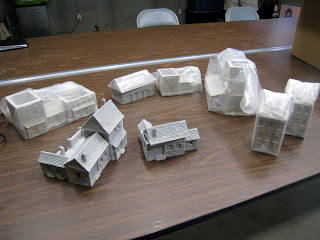 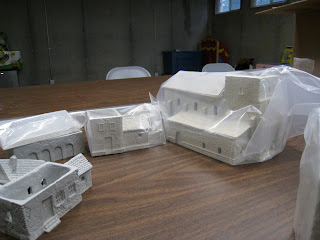 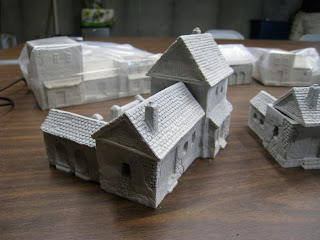 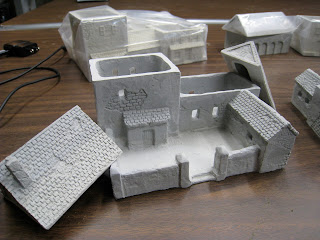 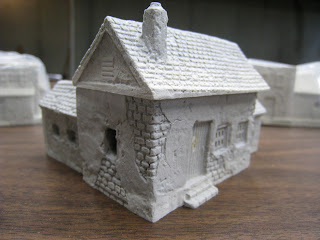 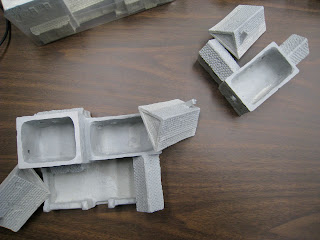 Posted by Itinerant at 7:28 PM