First full ASL since 2009. Last time was Jim Burris. Well, he was super nice and came back by the house, almost 7 years to the day to startup my lessons in ASL again. 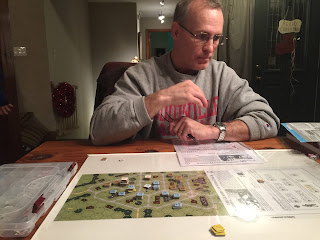 I'm thinking that I'm going to go full on to ASL with the primary goal of playing on the historical maps and campaign games primarily. This will prove to be challenging because these usually take longer than your average game and will require games to be set up over time or that I play on Vassal.

We started with Guards Counterattack, the classis Squad Leader scenario that I remember trying to teach Nevin and myself back in the mid to late 90s. I would like to play this again with Nevin, now that I have a 2% grasp of the rules.

A big thing in any board game is personal player morale. As a player you have to keep your head in the game and not get flustered if the rolls are seemingly against you. Of course, your plan could be crap, but that's another story. Or something else, not at all related to the game at hand could come into play. Like a headache. I had a dull one come on about 1/3 of the way in. I think it was caffeine induced.

Another distraction, Rising Sun. As Jim and I spoke, the fact came up that Rising Sun was now OOP. I was shocked. I'd been watching the boards because usually rumblings and chatter occur when MMP begins to get low on stock. But not this time. It ran out and I immediately started searching all of my sites. Well, I let this just bug at me and break my spirits a bit and it affected how I played.

Follow up to that RS issue: Jim thought there may be one at my FLGS, Game Nite. I called the next day and sure enough, they had one. I asked them to hold it and then asked my santa wife if this could be my gift. She agreed. I ran down there and picked it up. As I was buying it, someone watched somewhat mournfully as I bought it. Sad, but all is fair in love and ASL.

Anyway, back to the game. I lost but barely. He ran a Russian squad down this line and I should've fired, but I waited...I think I was waiting for something to come closer...Problem is, now that I think about it, I believe he would've been able to get other squads past that point anyway. Anyway, that squad ended up taking a building that was key to me holding. And I had simply abandoned it. 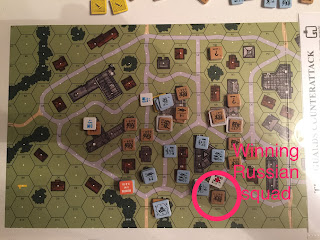 Fun, but quite overwhelming.

Here are pics of the game. Sorry not a lot of cool narrative, just some ASL Eye Candy 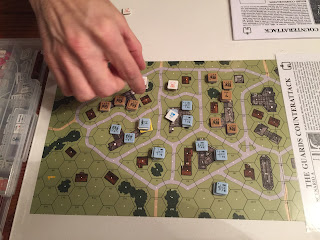 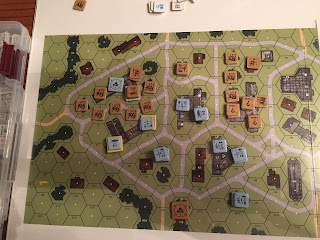 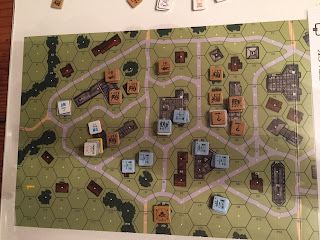 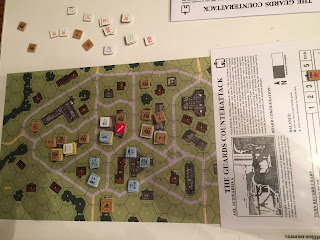 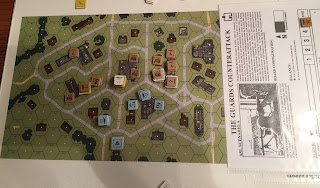 Some of the features of the game that I'm remembering: