Jerry put on his Arnhem game and it sounds as though it went well. (Remember, I couldn't make it - BLAST!) Thank you to Jerry, Tony, Jim, and Pat for photos - Tim, Dave and a few others joined them. The rules are Command Decision: Test of Battle and he plays at 15mm.

The following are comments from Jerry concerning the game. They are going to continue the game in December: 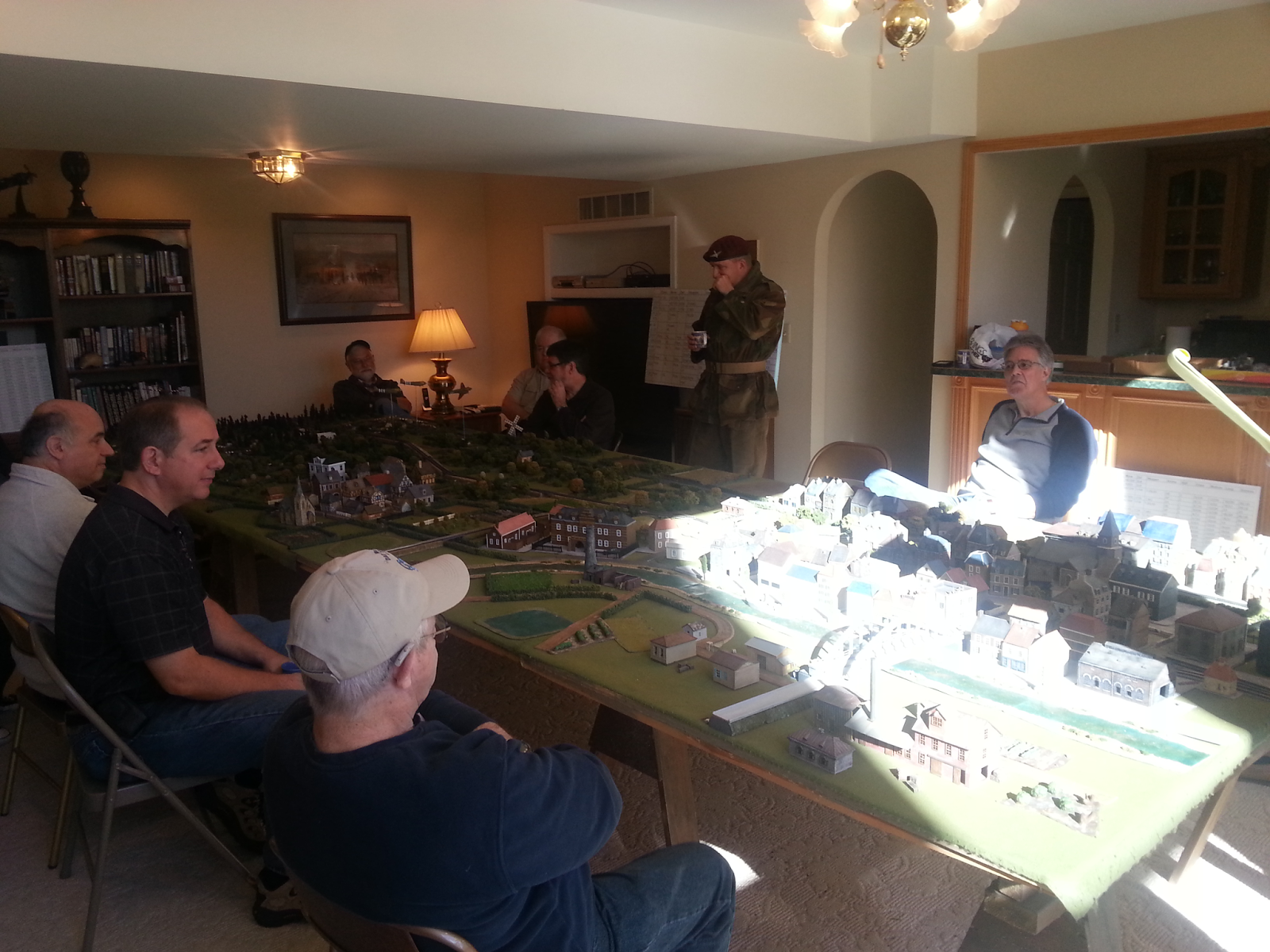 "We only played through the first 12 turns. The plan is to play 15 or so additional turns on Dec 6th to reach a conclusion. 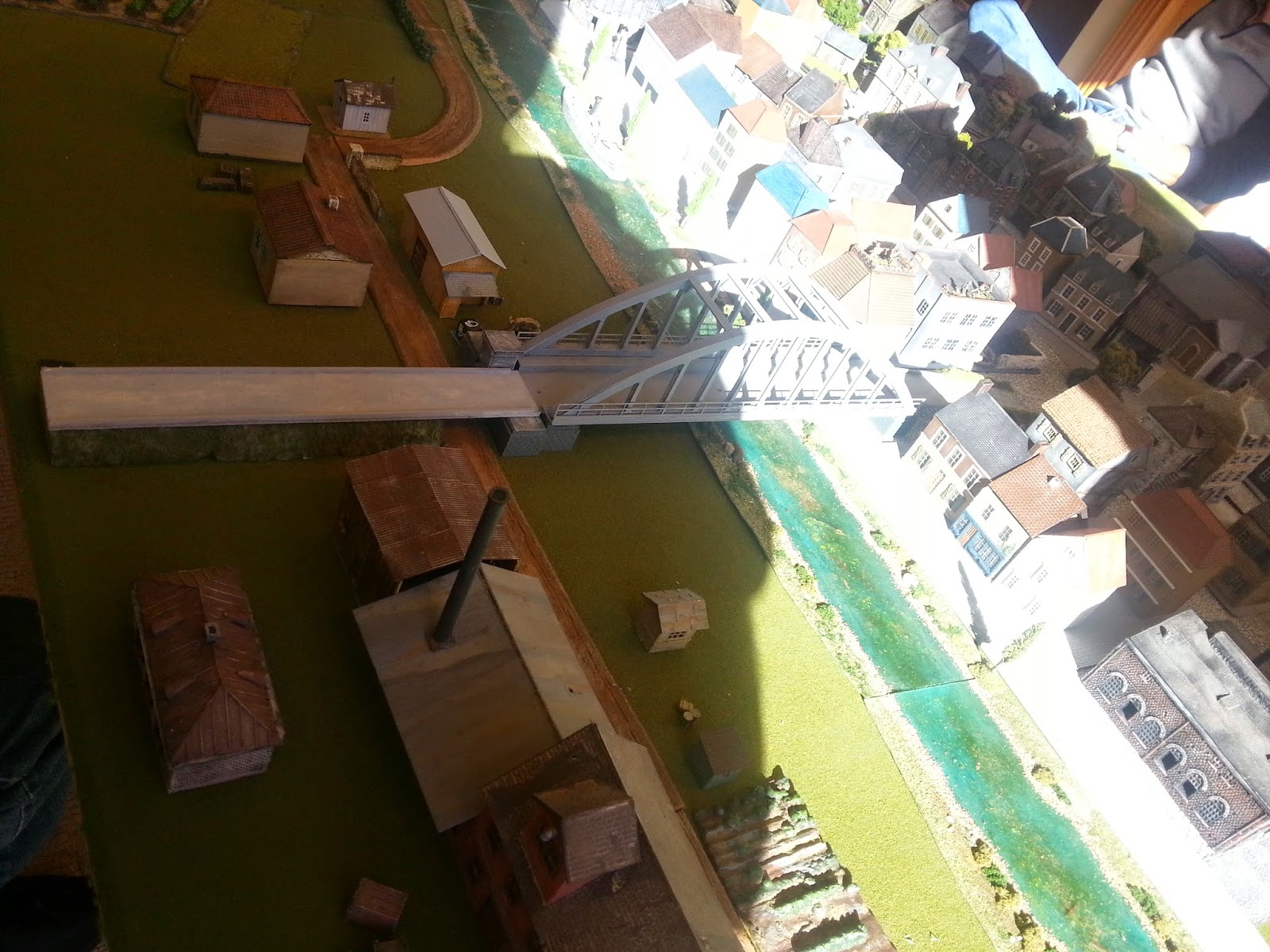 "We will commence from where we left off. I'm going to replace some of the eliminated stands lost during day one, especially the British,(a result of regrouping & patching up wounded during the night of Sept 18-19th) so that all players start play with close to full strength units (including a couple of airborne jeeps).

"As of now the Victory Level score is Brits 2 & Germans 0. The Limeys currently hold 2 of 3 DZ's & Frost holds the north bridge end. The Germans have no victory objectives. However, the Brits should take little solace from their 2-0 lead. While the Germans grow stronger by the hour, British chances of breaking through to Dapper Dave at the bridge diminish correspondingly. Also the Brits will have to give some attention to securing the south table edge & the Hartenstein Hotel.

"Day two should see a lot of combat, with some of the players who mostly did marching on day one joining heavily in the action.

"I sincerely appreciate everyone who made the effort to attend Saturday. Playing Arnhem has been a personal goal for the better part of two decades."

I can't say enough how cool Jerry is. He's creative, generous, friendly, patient, what else... 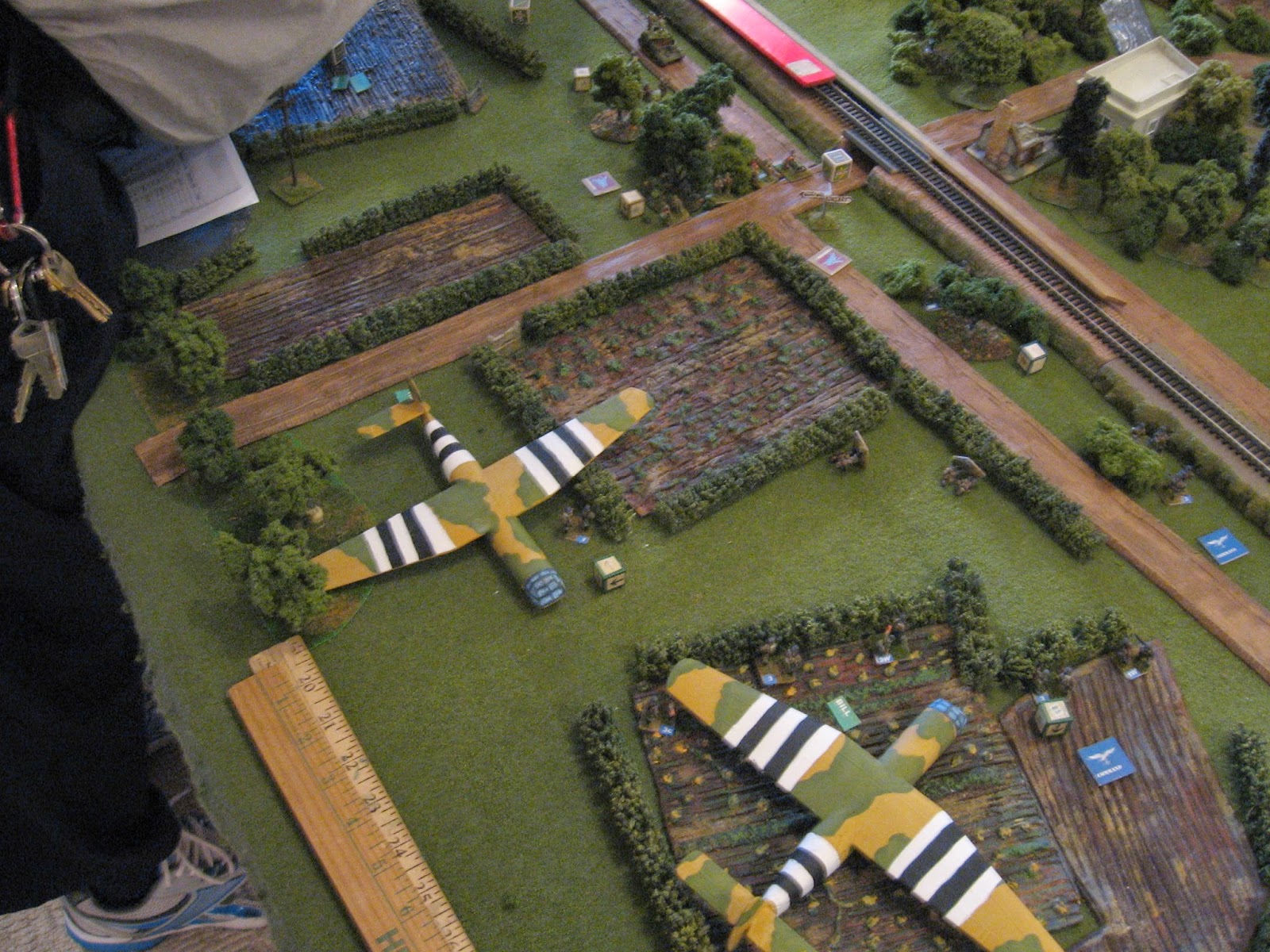 Part two blog entry can be found here.
Posted by Itinerant at 9:46 AM