@battlegames Hove, East Sussex
Editor of Battlegames, writer, designer, linguist and wargamer with ambitions to be a wealthy, eccentric bon viveur!
http://www.battlegames.co.uk
Keith, at Keith's wargaming blog posted some maps from Battlegames magazine in one of his posts. You can see the original post here.  (well almost original, as you'll see as you read on...)

And then Keith posted this a few days later and of course, then read comments.

It was resolved when Henry Hyde, owner of the magazine, and originator of the copryright complaint, worked it out with Keith to allow him to post nicer versions of the maps on his blog. But this time with his consent and with proper attribution. 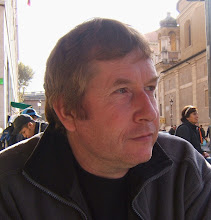 Who would guess that such peace could be found in such a violent place?

Seriously, way to go guys in resolving this so quickly and so openly.

Speaking of Copyright - both photos have been used without permission of their owners (when will we learn?). Henry's is from Twitter - what is the copyright on that info anyway?
And to the left is Keith.

Btw, Henry is the one that said rampant peace had broken out.


Speaking of all that - Osprey is hiring - following is from their twitter feed and then from their website.

@OspreyBooks Osprey Publishing
An exciting new job opportunity at Osprey. Does this sound like you? Apply today! Applications end on Tuesday 6th Sept http://ow.ly/69r9z
For none other than - "The successful candidate will manage permissions, police infringements of Osprey’s copyright on- and off-line, liaise with and provide materials for customers and freelance editors, and provide general administrative support to the rights director. "
Posted by Itinerant at 10:33 PM