More on Tactics and Strategy in Gaming

This pertains to both miniatures and boardgaming.  I wrote a little bit in this post about strategy and thinking about your situation.

However, I recently saw two posts that grabbed my attention about this very topic: 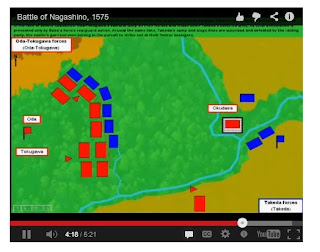 Found on The Art of Battle. They present a Tactics Tutorial on the seven classical maneuvers in warfare:

May I say, this is a very cool site. The animations (the pic above was taken from one of them) break down battles and show them moving and discussing what was happening and why.  I need to spend more time with this. They're like the battle reports we all crave, but with more heft.  I would love to make mine this way...but I won't.

The other comes from the No Guts No Galaxy website that is dedicated to the computer game Mechwarrior Online. One of their members is a real-life tanker and brings some of his knowledge and the US Army's via FM 3-0 to the game of Mechwarrior in this thread on their forum. (You don't have to be a member to read it, just to comment.) The title of the thread is, Tactical Maneuvers: Basic Lance Formation an Movement Drills for Mechwarriors.

Basically in this article they're doing what I was speaking of in my last post on what I was thinking of while I read Frederick's Art of War and the Art of Battle site. How can I incorporate these teachings into my next game.

For example, when I played Lock N Load last time I remembered to send my weaker forces forward to draw fire (opp fire) and then to move in my stronger forces.  As i type this, I realize this is a "duh" moment. However, I need to be reminded of such things ALL THE TIME.

Is this kind of information useful at all or just a nice exercise in history?