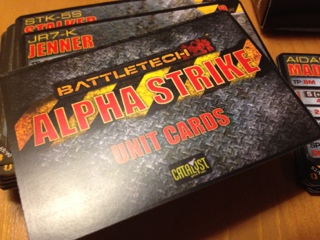 My friend, Jay, was kind enough to pick these up for me at GenCon.

I like them, though some of the bold fonts are tough to read and some of the models if you don't have enough light.

You can write on one side with dry erase to mark your damage. The front side is Matte finish. They seem to have the same thickness as normal playing cards.

Special abilities include (I'll describe a couple of my favorites)
Demoralizer - every unit that comes within 6" of this unit must roll 2d6 - if the roll is 8 or less the unit is demoralized. This means movement is halved and suffer a -1 to hit modifier against the demoralizer. (Just noticed a possibly typo - this should probably be a +1 to hit.)
Sharpshooter
Fist Fire
Combat Intuition
Sniper
Blood Stalker - this character chooses an enemy and they get a -1 to hit on them. Any other enemies they target get a +2 to hit.
Multi-Tasker - able to attack two units in a turn - if hit each unit gets half of the possible damage 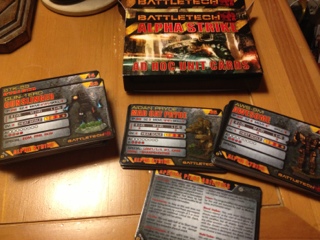 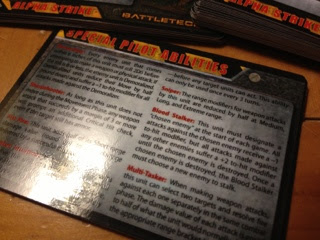 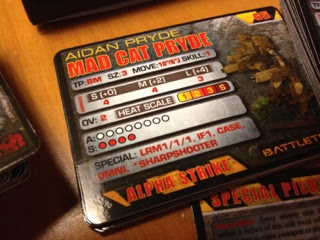 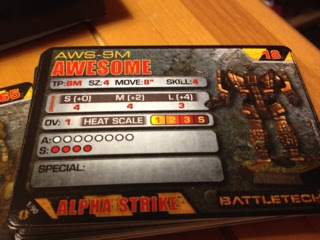 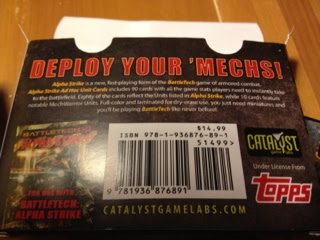 Posted by Itinerant at 8:03 AM