When is it Miniature Wargaming?

Recently found this on my reader by Tabletop Diversions on his blog.

I also just saw this: http://awargamingodyssey.blogspot.com/2011/08/blocks-of-war.html

It struck home a bit as I've been thinking about IABSM and 15mm and Samuari and and and... I'm reaching a point, finally, where I'm okay playing rules with paper to test them out. Though I must say that this also takes time and is it what I should be focusing my limited (very limited) time on?

So, when I went to the recent Guns of August and found the game being put on with the paper/wood pieces see below I was comforted that there were others. Now, the GM said he had at one point painted 2mm and put them on stands, but they didn't quite work out. So he presented a game with these pieces and and a painted cloth mat. Is this miniature gaming? Should it be at a miniauture gaming con? 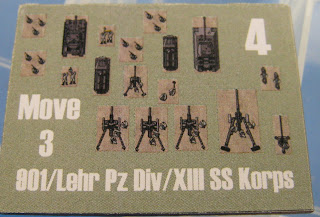 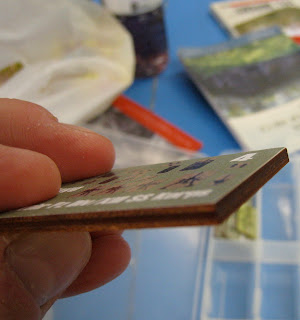 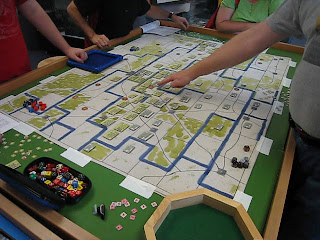 Then you have Dave's adaptation of the Battle Cry game using his own mods of pre-painted minis (a blasphemy in and of itself right purists?) on a hex map that is terrained up and painted all loverly.

Is Battlecry a minis game? Memoir '44, the new Samurai Battles?

Does is matter? Or do we need to separate and keep them separate?

Or, as I said, do they need to stay at the board game cons? 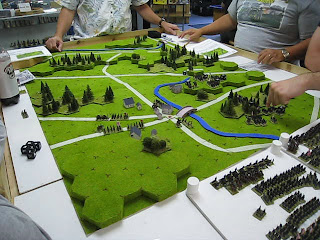 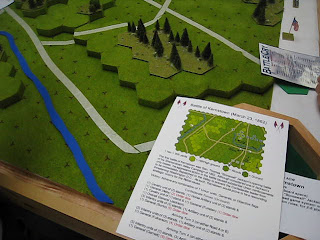 In case you were wondering...I trend toward the inclusive camp, guarded by a big brass canon! 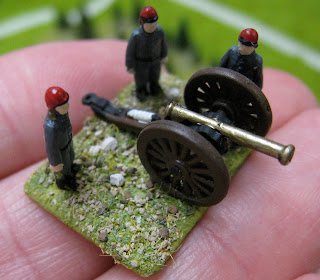 Posted by Itinerant at 7:53 PM

Email ThisBlogThis!Share to TwitterShare to FacebookShare to Pinterest
Labels: Rambling