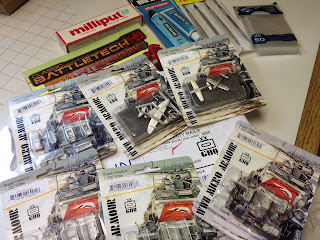 The day started with opening a present from mum, or should I say "mom." Anyway, this is the second gift occasion where I've received a wargaming gift. Last X-mas is was Black Powder from dad. This year, GHQ, from mom! But that's many years after getting started in these crazy hobbies. I could completely relate to this post at Lead Doesn't Bleed about gifts and wargaming.
As soon as I saw the envelope I knew it was going to be good:
US21 Wolverine
US39 Dodge Weapons Carrier
US58 105mm Arty
US5 M7 Priest (most excited)
AC49 P47 Thunderbolt
AC8 Focke Wulf 190D (first ever two aircraft!) 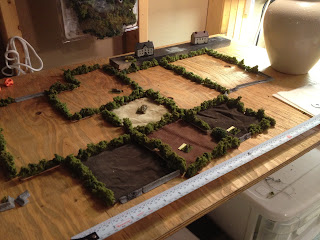 Fun times ahead, now I need to order some bases from Scale Creep. (Blast, I just saw, as I was looking for the link to his store that he is having a 50% sale on many of his Baccus minis. Including Samurai - but now, most of them are gone...dang.)

After getting the oil changed, I went by the new location of Game Nite. They've moved into their new location from a mall to an old strip mall. However, they have a lot more room (and getting more). Now it's as much about minis as board games. It's also garnered (I don't think this is a good use of the word.) more of a gamer vibe than his previous location. Not sure if this is a good thing. I'll have to think about this. 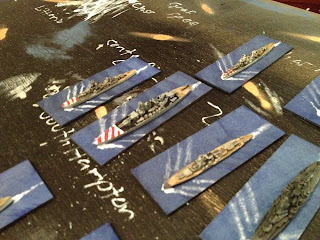 Anyway, after visiting there, I swung by Miniature Market picked up a 1:3000 Wichita (city where I was born, so only appropriate on my birthday.) and a couple other things.

When I got home I worked on the bocage, hills, European manors, painted the waves on the 1:3000 WWII ships, and washed some samples of the fields to see how that affected them. In the last hour of the day I put some Battletech minis, my son painted, on the dining room table and tried out the Quick Strike rules. (I can blame this on after reading this post on Battletech Quick Strike on the blog On Wargames and Such.)The bocage turned out well. Except, I sprayed them with a spray adhesive, sprinkled flock and then sprayed some gloss finish spray...and man do those things ever stink. Spread upstairs to the point where I had to take them outside to air out. 24 hours later and they're still not good. They're in the garage. It was a lot of work. I hope I don't need to throw them out. 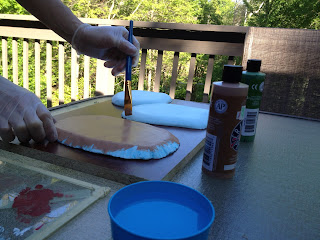 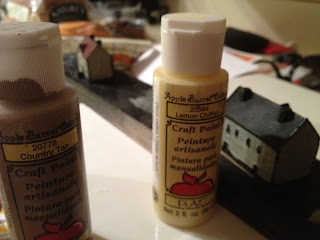 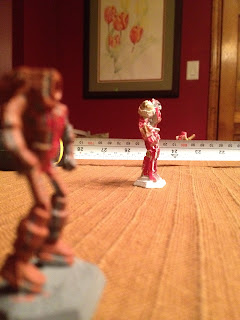