Rate of Fire read through and test

I received my first ever review copy of some rules! I've definitely hit the big time.

Okay, back to reality. Crusader Miniatures was kind enough to give me a copy of their WWII Skirmish rules, "Rate of Fire" so I want to give, at some point, an overview of the rules at some point. But tonight I glued some 1:72 or 1:76 scale plastic minis that I've had sitting around the house for years. Way before I was into miniature gaming.

I've got British Airborne and German Falschimjager. The Germans are probably early/mid war. But I'm not too concerned with that.

I've read through the rules now and wanted to roll some dice. I set my guys up 6-10" apart, with everyone in the open except for one element (the leader and 4 rifles.). They were taking some light cover behind my iPhone.

iPhone provided no help. The Germans rolled like crazy and took out 3 rifles and the leader. Another element, consisting of 3 sub-machine guns was also eliminated.

The stationary firing is simultaneous , which for the Brits was a good thing because this allowed them to shoot back before losing all those men. Alas, it did no good, the Brits only killed 2 vs the Germans killing 6+ the main Co.

I started to look over the morale rules but bedtime was/is calling. I'll come back to it. 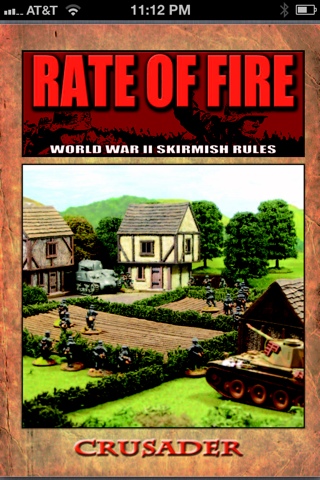 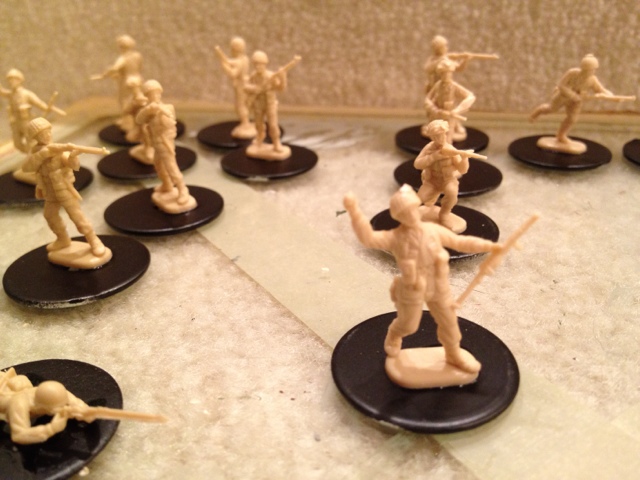 Posted by Itinerant at 9:22 PM