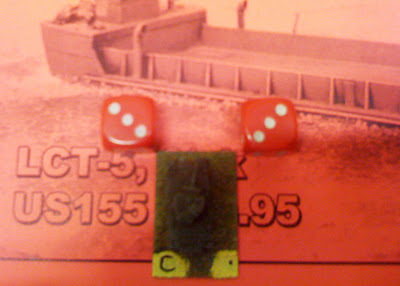 Learned this simple dice trick at the con this weekend. It's so easy that I'm slightly embarassed to say I'd never thought of it.

I was playing the Mexican American War game and I wanted to move my troops at an angle. I was told I could go as far as a 45 degree angle. I began to eyeball it, when one of my team members said, "Use a 3 on the die."

Sensing the thickness before him, he very nicely placed the die in front of the unit to show me the 45 degree line.