Soloed this one as my son was helping my wife paint a room.
US victory. This game has a lot of luck, like where Rex turns up. In this case right next to the US.
That said, two troops, including a Willys were destroyed after taking possession of Rex.
Need to read up on the victory points and how those work.
Oh, Rex is the general's dog that's run away and a bunch of poor US souls have to go find him and bring him back.
https://youtu.be/eULg49yjJQ0 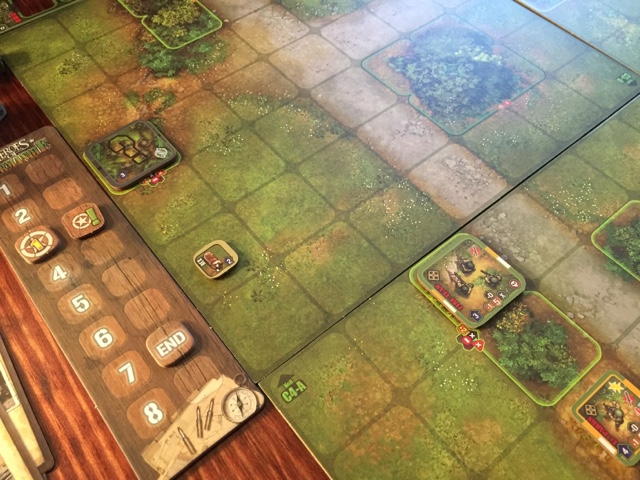 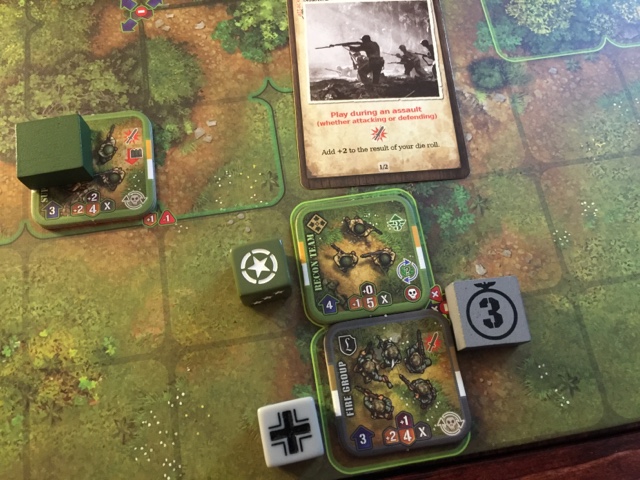 US gets one more than the attacking Germans to win the melee. 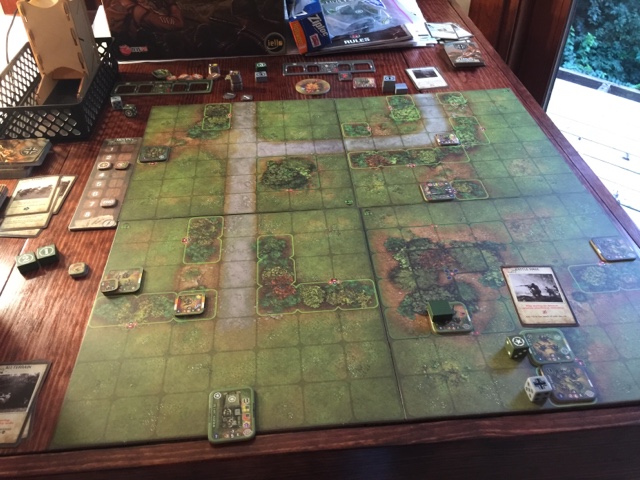 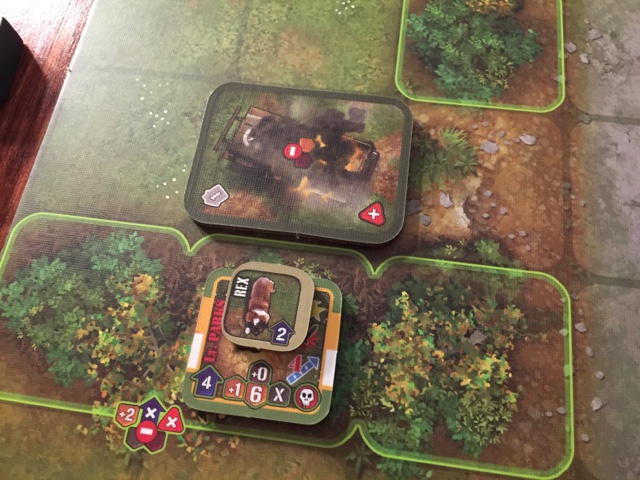 Keep burns but a wounded Lt Parks grabs Rex and runs for camp.
Posted by Itinerant at 7:45 PM