Here's my attempt at the German list. It is tough to not include everything. Their list represents 4,355 points. Technically, they're on the defense...but then on the attack. But in real life, the Americans were surprised by the opposition in Herrilsheim. They thought there were 500 odd troops of questionable quality. When in fact there was at least a Battalion from the 553 Volksgrenadier Division.

I've reduced them a bit and also the US troops to represent the losses they'd taken earlier in the day. Also, I've represented a spattering of units because it appears there was a variety of equipment and units available. And I couldn't resist having 1 platoon each representing a Assault Gun Platoon. 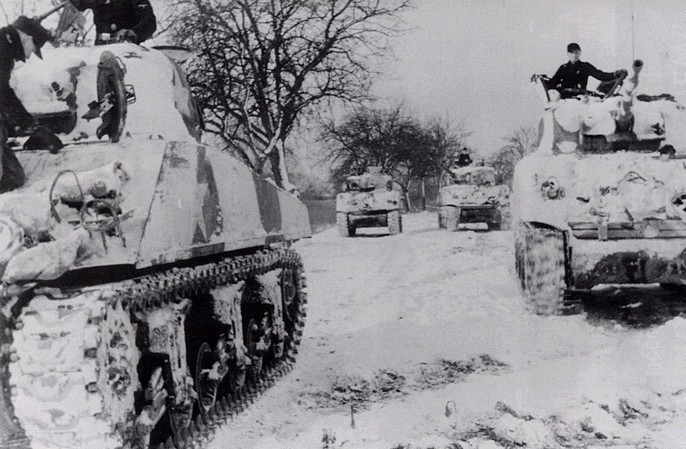 Now here's a crazy thing I've added because of the following story and I thought it would be fun for the German player: there was a Wittman like figure that emerged for the Germans. Erwin Bachmann basically lead a couple of Panthers into Herrilsheim from a motorcycle (carrying a panzerfaust) and ended up destroying 7 Shermans and capturing 12 more. They would later be used in Russia.

To represent this, I thought I would throw an HQ (CV9) and 1 Panther in Herrisheim in some turn to see what kind of damage they could do.  Just a thought

Images from Wikipedia and http://beute.narod.ru/Beutepanzer/us/M4_sherman/m4-75-sherman-01.htm

Posted by Itinerant at 9:03 PM